Robi and Airtel customers will be able to pay their DESCO (Dhaka Electric Supply Company) bills through Robi Bill Pay Service. All Robi and non- Robi mobile users or those who doesn’t use mobile, are able to pay their bills from any authorized “RobiCash Point” logo signed agent points. In such case agents are paying bills on behalf of customers. Both agents and customers are getting confirmation SMS for this mode of payment.

Agents of Robi Cash Points are using the most secured USSD technology to pay the bill.

Agent and Customers can use convenient RobiCash App for this service as well. 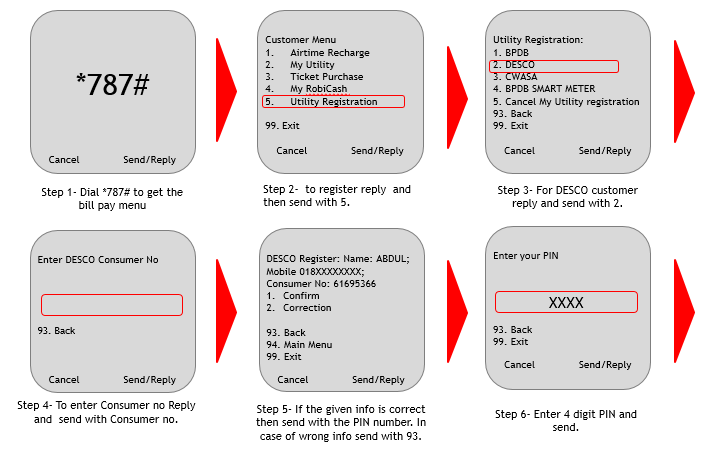 Process to pay the bill : 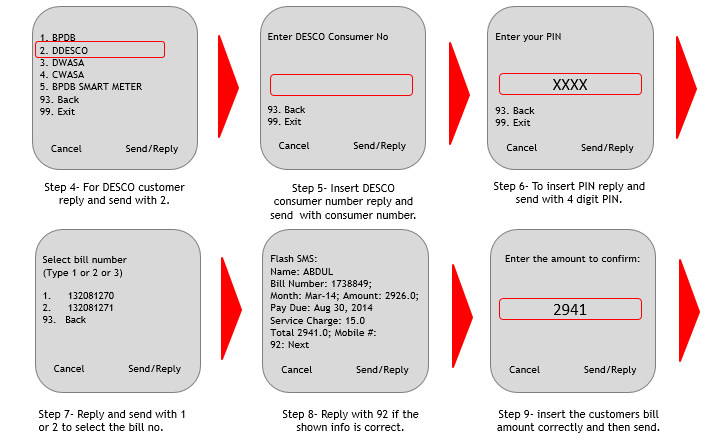 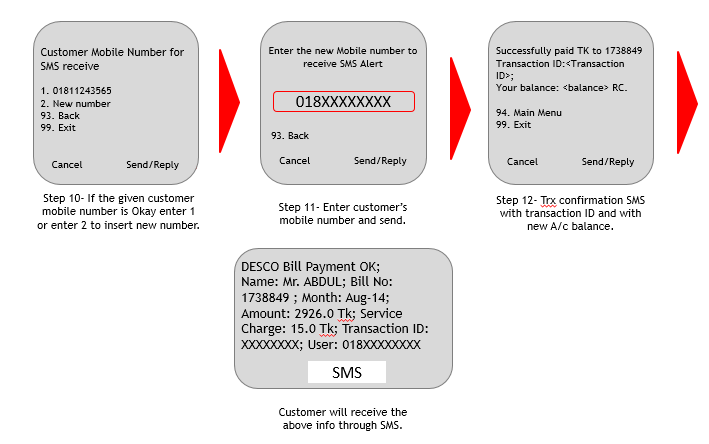 Process to Check the Bill: 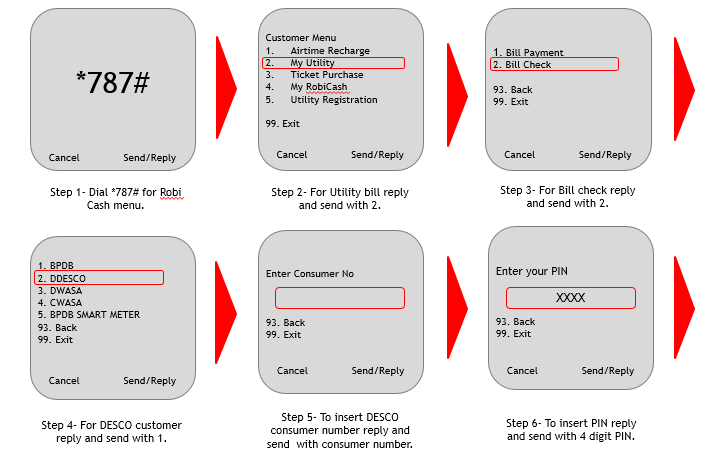 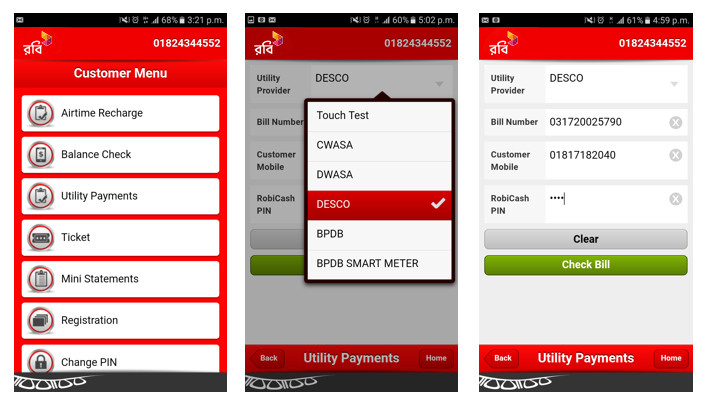 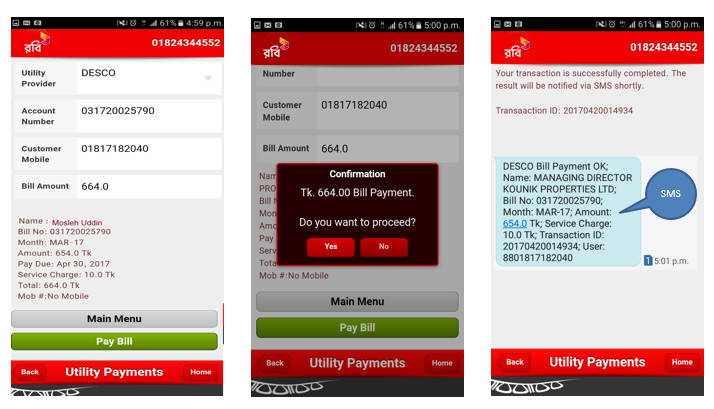